Global Collaborative Project Part II – One Down, Two to Go!

At this moment, I am marveling at my students’ ability to pick up a project and run with it. At a time of year when a teacher might expect students’ interest and motivation levels to be waning, the possibility to connect with other children who live and learn in a different place has piqued my students’ excitement and resulted in higher engagement than just about any other lesson I could have planned. 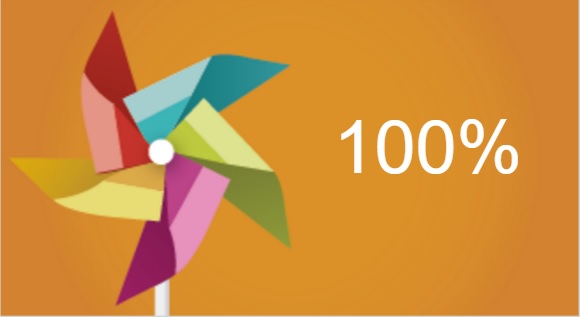 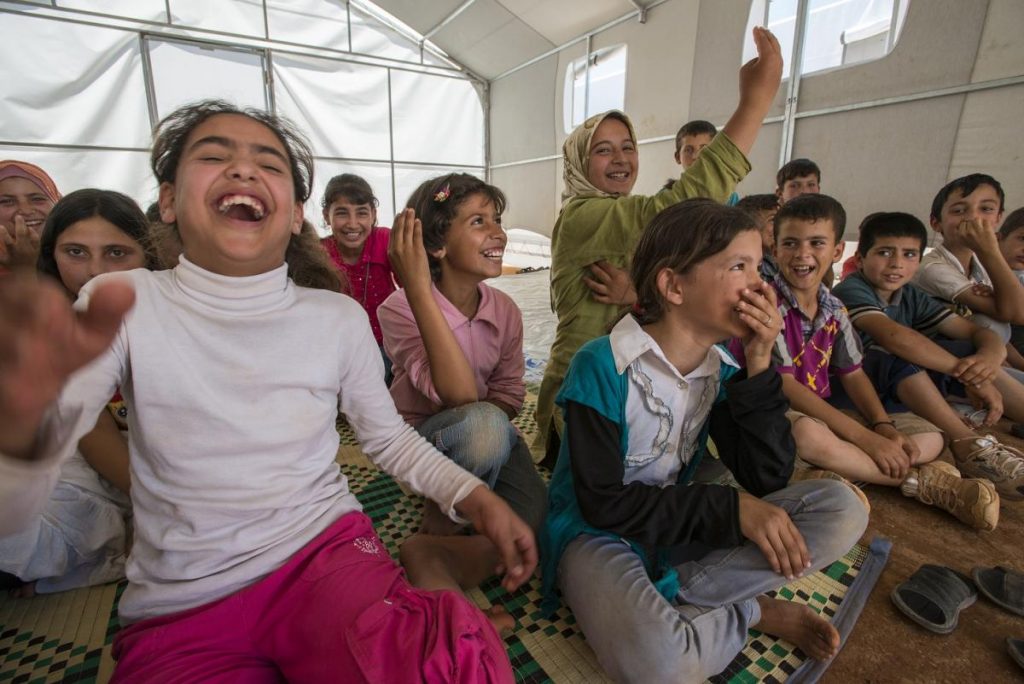 My 8th graders participated in the Global Nomads Group‘s global collaborative project with the Students Rebuild: Healing Classrooms Challenge and the International Rescue Committee. We sent pinwheels to Students Rebuild, and students had the option to participate in a live webcast with Syrian refugee children, accessible to all participating schools, on April 21 (6:00 am PST on the first day of my school’s Passover break). I participated in the 30-minute webcast, which meant watching one school participate in a live webcast with Syrian refugee children while I commented, asked questions, and interacted with other participants (teachers and students from all over the world) in a sidebar (imagine watching someone else’s Skype or Google Hangout and using a chat feature to interact with other viewers). It was exciting to hear “Seattle” thanked as a participating city at the end of the webcast. When we returned to school on May 2, I learned that none of my students were able to watch the webcast. I still wanted them to see the results of their effort, so we viewed the thank-you video message that was posted to the challenge’s webpage. Also, I shared with them the map (below), which showed our school pinned among all of the other schools around the world that pledged participation, our certificate of participation (below), and the pinwheel counter, which was now at 100 % (above; it had been at 74% when before we mailed our pinwheels). I think the best evidence of their impact can be seen in the photo of the Syrian’s refugee children’s reaction when they learned about the success of the project (left). The sheer joy on their faces brought smiles of joy to my students’ faces. They were proud of their accomplishment and said it was the best endcap to their Holocaust Unit learning. I have to say I agree. I know that this experience could have been more robust, if full participation had been possible; however, the goal of the Holocaust Unit is to encourage—nay, demand—that students be upstanders and take action, a goal that was met with participation in this project. 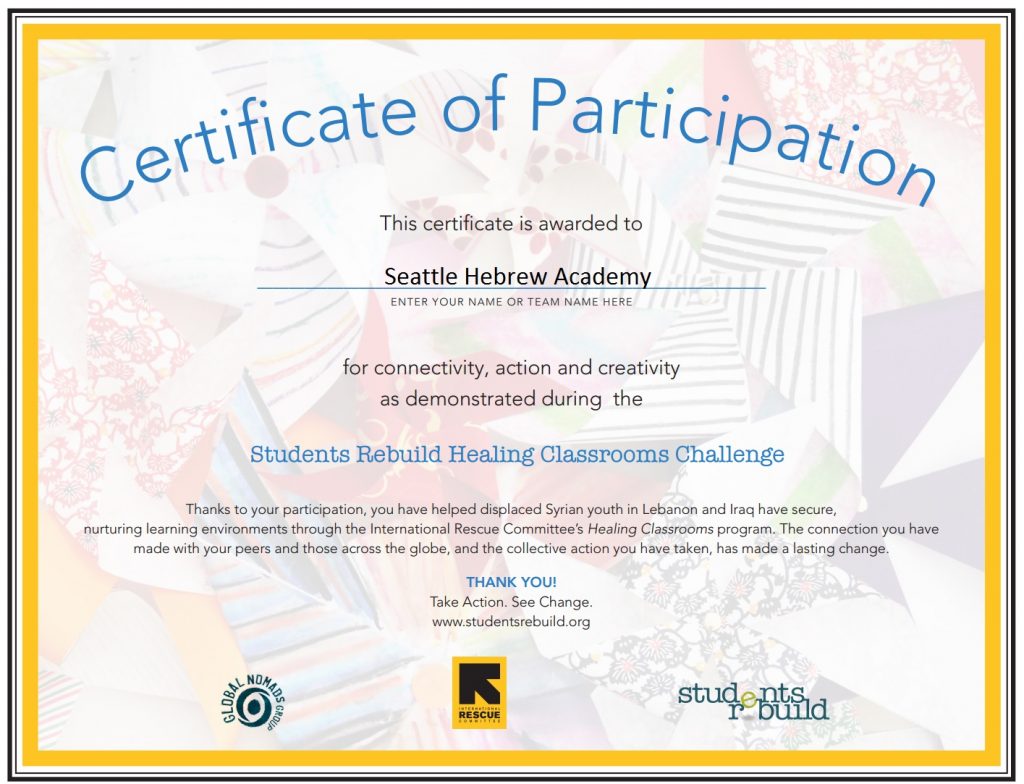 For my 7th graders, I still hope to create a connection with a class of students from another school that will also be visiting Mt. St. Helens on June 7th. Current situation: I have not received a reply from the teachers/schools who are also signed up for the 10:00 am time slot at the Mt. St. Helens Johnston Ridge Observatory. I need to troubleshoot this issue to see whether there are other avenues for collaboration, such as networking with other school groups while on-site at the Observatory. I’m not sure about the feasibility of this plan, as the teachers who are there with their students might not appreciate this and I might lose time that would better be spent engaging with my own students during our time at the observatory. Has anyone created a Return on Investment (ROI) calculator for GCPs? I kid, but no, really… won’t anyone come out to play with me?

To end as I began: on a good note. The Mystery Skype project is going swimmingly. Mary Brown (Summerland School, New Zealand), and I have been collaborating via email, and have similar plans for preparing our students. We are dividing our students into small groups, each of which will focus on one aspect of the Mystery Skype experience and will interact with their counterparts in the partner class. Some students will be responsible for direct communication with students in the partner class, while others will be responsible for research or communicating information within our classroom. Microsoft’s Mystery Skype website has fantastic resources for teachers to use for planning and preparation. The “mystery” aspect of the experience should last approximately 30 minutes, so that we will have about 15 minutes for a culture chat, in which students will share what it is like to live and learn in their places in the world. This event is planned for Thursday, May 19 (Friday, May 20 in New Zealand!). Even with all of this early success, planning and preparation, to quote poet Robert Burns, “The best laid plans of mice and men / often go awry,” (translation). Ah, well… “May the road rise up to meet [me] / May the wind always be at [my] back” (“An Irish Blessing”). Next post: assessment and reflection.

The ISTE Teacher Standard 3 provides four benchmarks for modeling digital age work and learning. The ISTE Coaching Standard 3 provides seven benchmarks for creating and supporting effective digital age learning environments to maximize the learning of all students (ISTE 2016). Through these global collaborative projects, I have been able to model, to my students as well as my colleagues how to use digital tools to collaborate with peers all over the world in order to maximize student learning. With continued GCP participation, my classroom walls—which were already somewhat transparent—may become completely invisible. Through collaboration, made possible through the use of digital tools, my students will grow in their learning about and with students from other cultures, and will find that they have more similarities than differences with children around the world. As this picture drawn by a Syrian refugee child (below) illustrates, we all have similar ideas about how we would like to live: in peace. Perhaps… just perhaps, using digital tools to promote greater global collaboration among children can get us closer to this goal. 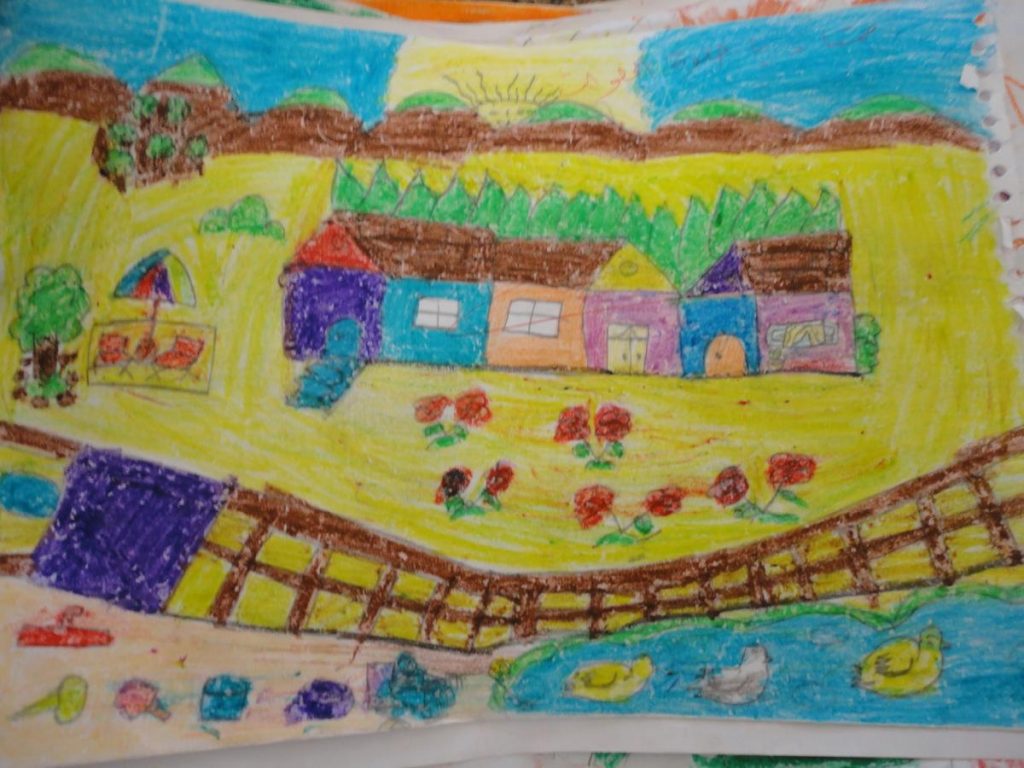 Keep reading about this project!